So I went with the Civee last night to see U2 up in Cleveland.

They put on a great show- I’m not the world’s biggest U2 fan, but I knew most of the songs on the set list.

The stage set was pretty impressive. There was this oval walkway circling half of the floor, and these big screens of light-beads which would come down during certain songs.

Institute, the band led by former Bush frontman Gavin Rossdale, opened for U2. Honestly, I wasn’t impressed by them. They really didn’t sound all that different from Bush, and Gavin did this weird skipping-around to get around the oval walkway. The one good part of their set was Machinehead. They played one other Bush song, but I wasn’t that familiar with it.

U2’s set was solid, for the most part. Bono is an energetic frontman- and he made his way around the oval many times, avoiding the skipping motions that made Gavin look ridiculous. Like I said earlier, I knew most of the songs on the set list- and they only played two songs from their most recent album.

They played three covers-all Lennon compositions- Norwegian Wood, Help and Instant Karma. My only problem with these was they only played half of Norwegian Wood- ignoring the part where he burns her apartment down.

My disappointment with the show- they didn’t play Lemon. There was at least one voice in the audience shouting for the song. Why they left this gem off the setlist is beyond me. 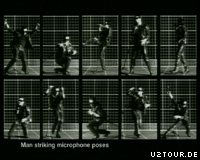