The Civee and I went out to Jersey this past weekend for a friend’s wedding. We stayed one night at my father’s house, and he had some gifts for us. One of the things that King Classic gave me is this: 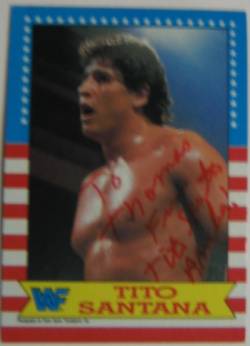 The writing reads “To Thomas, From Tito Santana. Arriba!”

I don’t know what’s the best part about this story- that my father knows someone who’s friends with Tito Santana, or that Tito wrote Arriba! as part of the autograph.

Of course, if this is just something made up like that time when I was seven and my uncle said his cop friend was using KITT for the weekend (my uncle was hiding in the back seat as the car talked to me), I’ll be scarred for life.

Either way, this is now a prized item in my collection of stuff. Possibly the best thing since I found my LP copy of the Addams Groove. 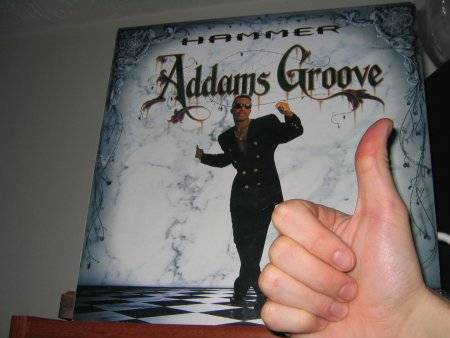