The Yankees are officially in the postseason. 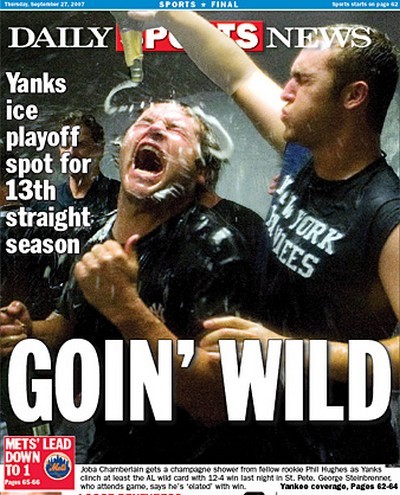 And while I didn’t blog about it here back in the days when they were 21-29, I always thought they’d be playing baseball in October. Yes, I’m a fanboy.Perhaps my favorite story from yesterday is the following line from the NY Daily News’ Yankees blog, featuring the awesome Joba Chamberlain:

Young players like Duncan and Joba Chamberlain were taking it all in as expected, yelling and screaming at the top of their lungs with each drop that hit them.
…
Joba gets my favorite line of the night: After having two ice cold beers poured over his head, he shrieked that they were freezing, then said, “Dude, my nipples are so hard!”

Going from the Yankees to another team, the gang at noMaas.org is enamored with the following picture of Red Sox closer Jon Papelbon from an article on SI.com: 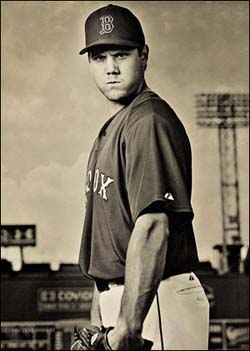 I agree with the noMaas gang. He’s not intimidating. If I were a batter and saw that standing on the pitchers mound, I’d laugh my way out of the batters box.But I don’t think he’s got a coin slot on his face. I think he’s trying to make his mouth as small as humanly possible. To paraphrase some movie: if you stuck a lump of coal in there, in two weeks you’d have a diamond.